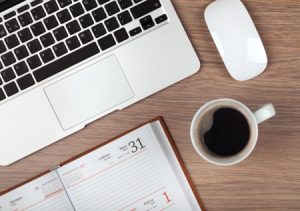 It’s no secret that a fresh cup of coffee can give us a boost of energy and alertness in the morning, but new research suggests that drinking coffee could have long-term benefits on our cognitive health as well. Thanks to the presence of chemical compounds called phenylindanes that develop during the brewing process, coffee may contribute to a reduced risk of degenerative diseases such as Alzheimer’s and Parkinson’s.

That’s what researchers at the Krembil Brain Institute in Toronto found after analyzing the chemical compositions of light roast, dark roast and decaffeinated dark roast coffees.

“Coffee consumption does seem to have some correlation to a decreased risk of developing Alzheimer’s disease and Parkinson’s disease,” said Dr. Donald Weaver, co-director of the Krembil Brain Institute in a statement. “but we wanted to investigate why that is—which compounds are involved and how they may impact age-related cognitive decline.”

Weaver and his research team studied the effect of coffee on the brain by exposing three different coffee extracts to the amyloid beta and tau proteins which form “clumps” during the development of Alzheimer’s and Parkinson’s disease. They found that all three extracts inhibited protein clumping, which suggests that coffee could help to stave off the progression of these neurodegenerative diseases.

They also noted that while both caffeinated and decaffeinated coffee extracts inhibited protein clumping, the effect was more pronounced with dark roast coffee. This is likely due to the fact that phenylindane concentrations tend to increase in coffees with longer roasting times.

“By heating things up, the chemicals undergo changes,” said Dr. Weaver in a recent interview. “As well, the heating process gives us access to chemicals that would normally not be there.”

Ultimately, Dr. Weaver hopes that his research might help scientists develop a phenylindane-based treatment that prevents protein clumping, thereby slowing or even stopping cognitive decline in people with Alzheimer’s and Parkinson’s disease.

As if we needed one more reason to start our day with a hot cup of coffee.